The Cougars started the match with a kick-off to CU and quickly pushed them back into their own red zone. BYU’s immediate pressure forced CU to kick the ball back to BYU. BYU’s dominant defense was manifested again when number seven captain, Tosh Wilcox, blocked a CU kick in the third minute that gave the cougars back the ball. After six minutes CU finally was able to break into the BYU defensive half. Following several BYU penalties the Buffalos advanced and reached the BYU 22.

Possession shifted back and forth between the teams and in the 9th minute CU had a drop-22 after BYU fly-half, Ezias Bigelow, attempted to punt the ball down the field.  BYU forwards started to take control offensively and dominated the rucks. In the 23rd minute both teams were still scoreless. BYU maintained the ball on CU half and applied lots of offensive pressure. BYU showed their offensive flare with a skip pass from inside center, Lono Kanongata’a, that allowed Connor Parry to gain some ground on the outside. BYU forward, David Nonu, ended the scoring drought in the 25th minute as he split past two CU defenders on a 10-meter run. Ezias Bigelow scored on the conversion making the score 7-0.

Throughout the first half CU defense struggled to stop BYU’s explosive offensive runs. Starting wing, Ben Webber, ran the ball up the sideline and scored in the 30th minute making it 12-0 with the assist from full-back Connor Parry. Bigelow made the conversion putting the Cougars up 14-0. CU’s offense fired up in response to the two tries with an attack from the backline. CU fly-half, Soren Heitmann, made a nice run to up the left side splitting several BYU defenders. CU applied more offensive pressure in the last 10 minutes of the half playing within the Cougar 22 but BYU’s defense was able to hold them scoreless.

CU winger, Charlie Quinn, made a big run on the sideline in the 43rd minute kicking a grubber and engaging in a foot chase with BYU full-back Parry.  The kick went into the BYU try-zone and Parry touched it down for a BYU drop 22. BYU forwards consistently pushed through CU’s defense, notably with the help of 8-man Braden Pape and a big pick-and-run off the ruck in the 45th minute.  BYU stole the lineout which set up Ben Webber to score in the 46th minute making it 19-0. Bigelow made his third conversion of the match and driving the score to 21-0.

In the 52th minute CU wing, Kevin Banky, worked with the full-back receiving a kick and broke through several defensive tackles for CU to gain some ground and get the ball on their offensive side.After a BYU penalty leading to CU lineout, BYU forward, Braden Pape, stole the throw-in pass and sparked the BYU offense. Tosh Wilcox split the CU line in the 58th minute scoring a try and running up the score to 26-0. Bigelow scored on the conversion 28-0.

Charlie Quinn scored for CU in the 64th minute from a pass interception and ran it all the way down the sideline for the Buffalos’ first try of the match. The CU kicker missed the conversion and the score was 28-5 with 15 minutes left on the board. After a CU fumble backwards, BYU took advantage sending Connor Olvera to the try-zone, adding to the score board of 33-5 in the 67th minute. Bigelow made his 4th conversion in a row which helped the Cougars gain a 35-5 advantage.

In the final 10 minutes both teams fought for field position with a series of kicks from the backline. Alma Schoenfeld picked the ball for BYU from the ruck and burst through the CU defense in the final minutes to making a nice 30 meter run down to the CU 22. CU was able to win a ruck and made a last effort down the sideline with Charlie Quinn leading the attack.BYU recovered on defense and regained possession of the ball.  In the final four minutes Webber scored for the third time on the outside with a pass from Wilcox. Enzo Martinez made the final conversion kick that added to Bigelow’s five perfect conversions finalizing the score at 42-5.

With the first win of the season under their belt the Cougars will move on to play Colorado State in Colorado Springs on October 4th. 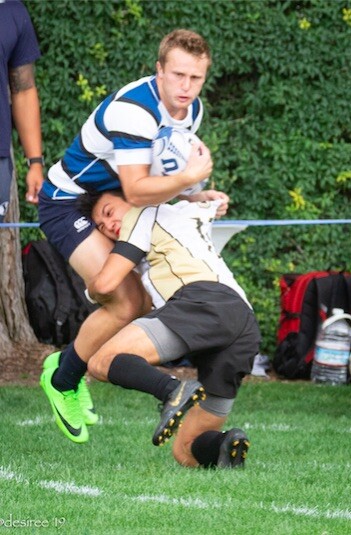 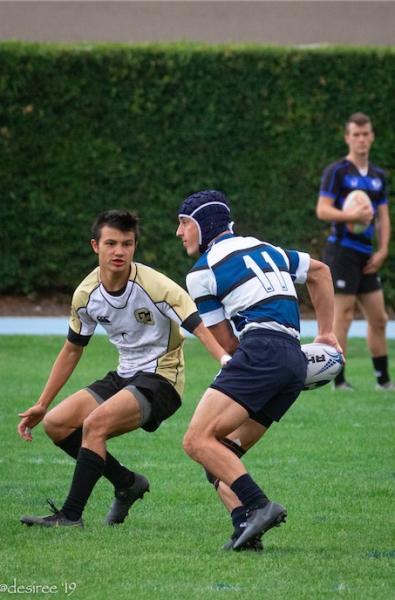 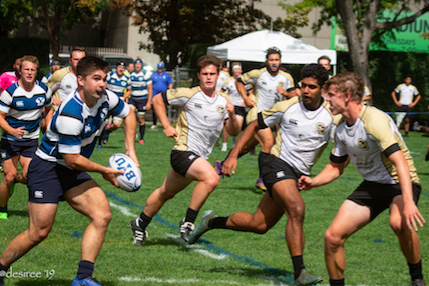 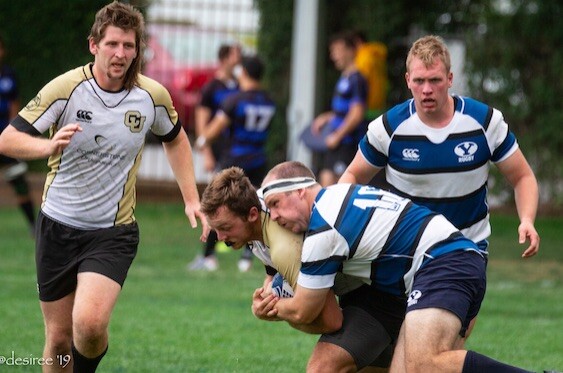 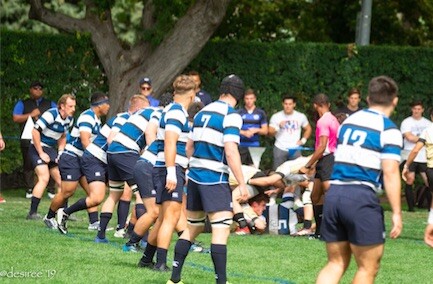 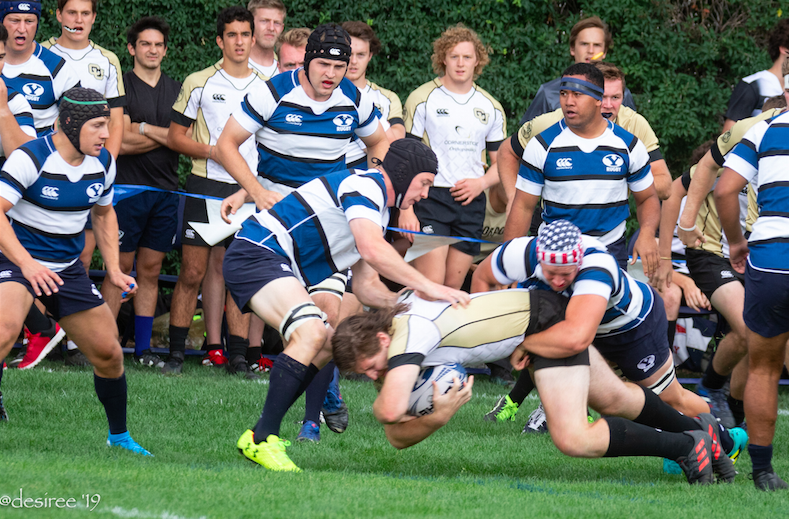 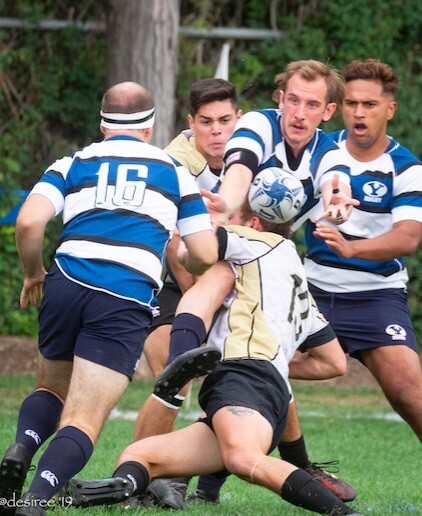 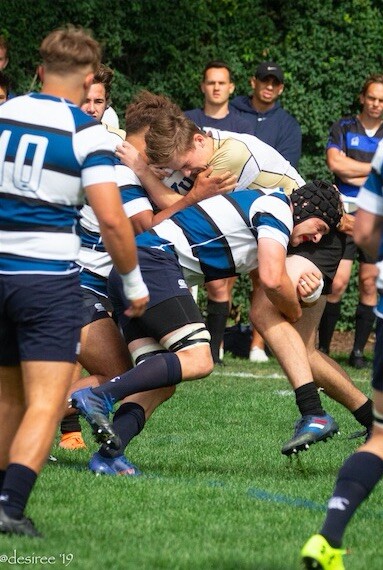