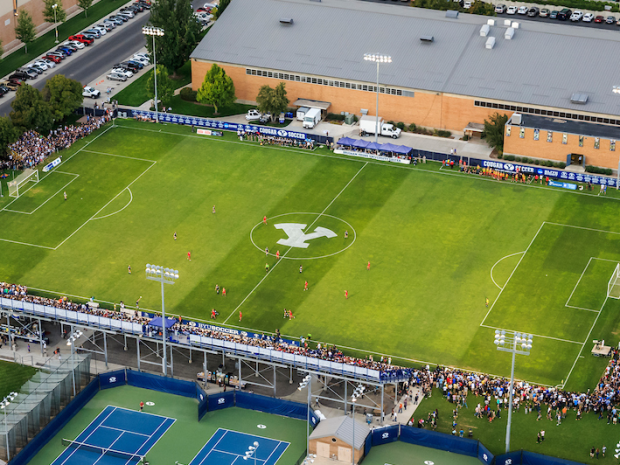 South Field
Considered one of the toughest places for opponents to play in collegiate rugby, South Field consistently ranks among the top in attendance for men’s rugby. In the spring of 2009, the men’s rugby team defeated the University of Utah in front of a standing-room-only 3,953 fans, the largest crowd in BYU Rugby history.

Located just south of the Smith Fieldhouse, South Field boasts one of the best-maintained grass playing surfaces in the country. In fact, the U.S. Men’s National Soccer Team chose South Field as its practice field in preparation for the 2005 World Cup qualifier against Costa Rica and the IRB has chosen South Field to host the 2012 Junior World Trophy Championships.

South Stadium is also equipped with state-of-the-art field lights, making night games a favorite among fans. In addition, the Wasatch Mountains serve as a scenic backdrop for the dedicated fans.

This popular facility recently went under renovations in March 2008. The renovation project was completed August 2008. The South Field now features a permanent grandstand of 20 rows that will accommodate 2,140 spectators in chair and bench-back seating. The grandstand is 26 feet high, 216 feet across and 65 feet deep. The complex also features a new entrance and is pre-wired to allow HD television production for broadcast events. 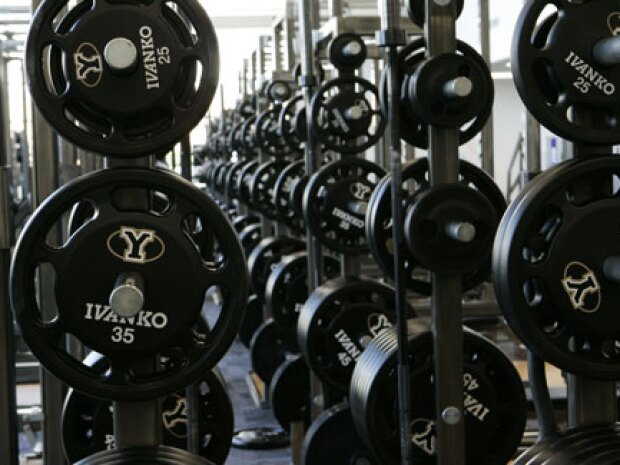 Strength and Conditioning
Success begins with training, and BYU has a state-of-the-art strength and conditioning center with nearly 10,000 feet of working space that ranks among the nation’s best. The center features 106 stations to accommodate both female and male athletes. BYU’s well-structured strength and conditioning program is playing an increasingly vital role in the success of its collegiate athletic programs.

The primary goal of the BYU program is to keep athletes healthy and prepared for competition by reducing their susceptibility to injury. BYU’s strength and conditioning staff has experienced excellent results through its computer-analyzed combination of a strict weight and conditioning program, a carefully planned diet and sufficient rest.

Patterned to include the best features of weight rooms, the BYU facility is both functional and attractive, providing both variety and ample space.

Athletes no longer have to wait for a necessary piece of equipment. They can get more done in much less time than before and do not have to plan their weight training in the early morning or late evening hours to accomplish their goals. 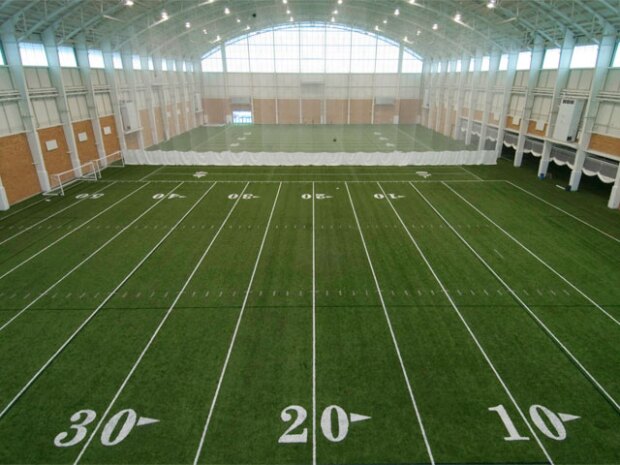 It includes full-sized soccer and rugby pitch with removable goal posts. There are also four video platforms 40 feet above the playing surface and two suspended goal posts. The surface is FieldTurf, which looks and feels like natural grass.